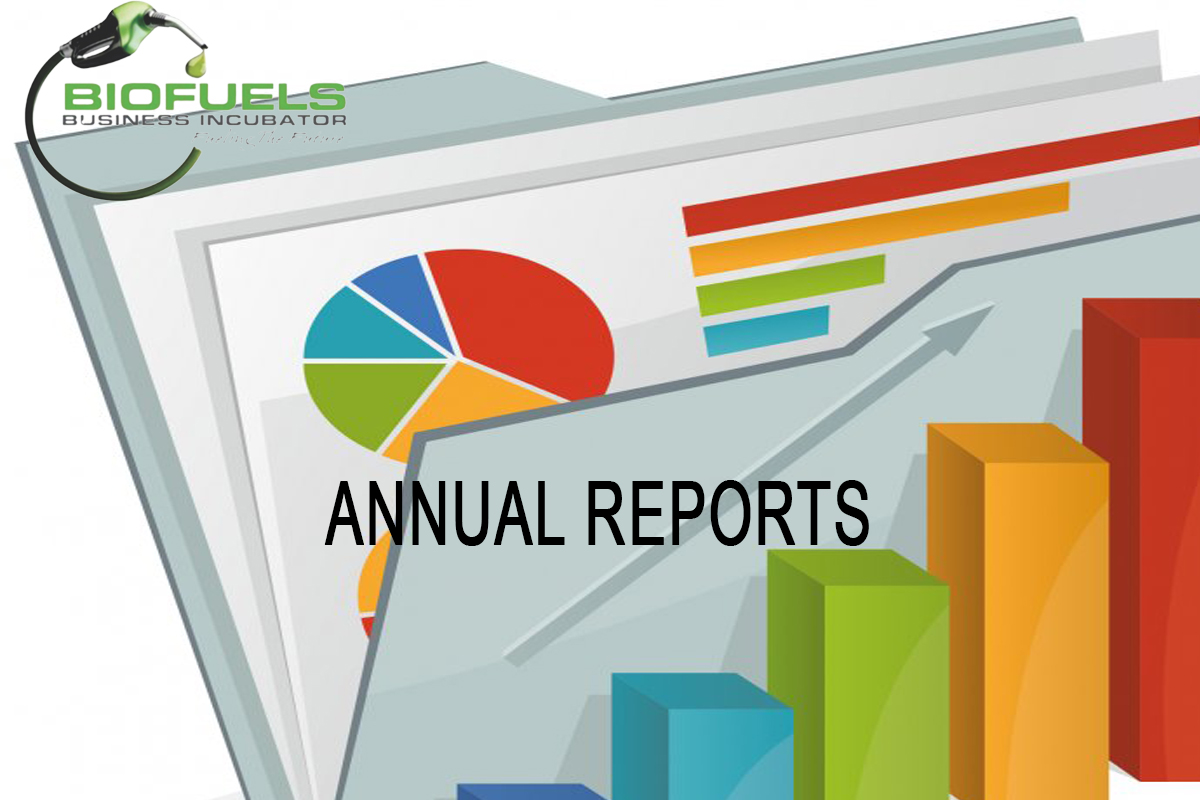 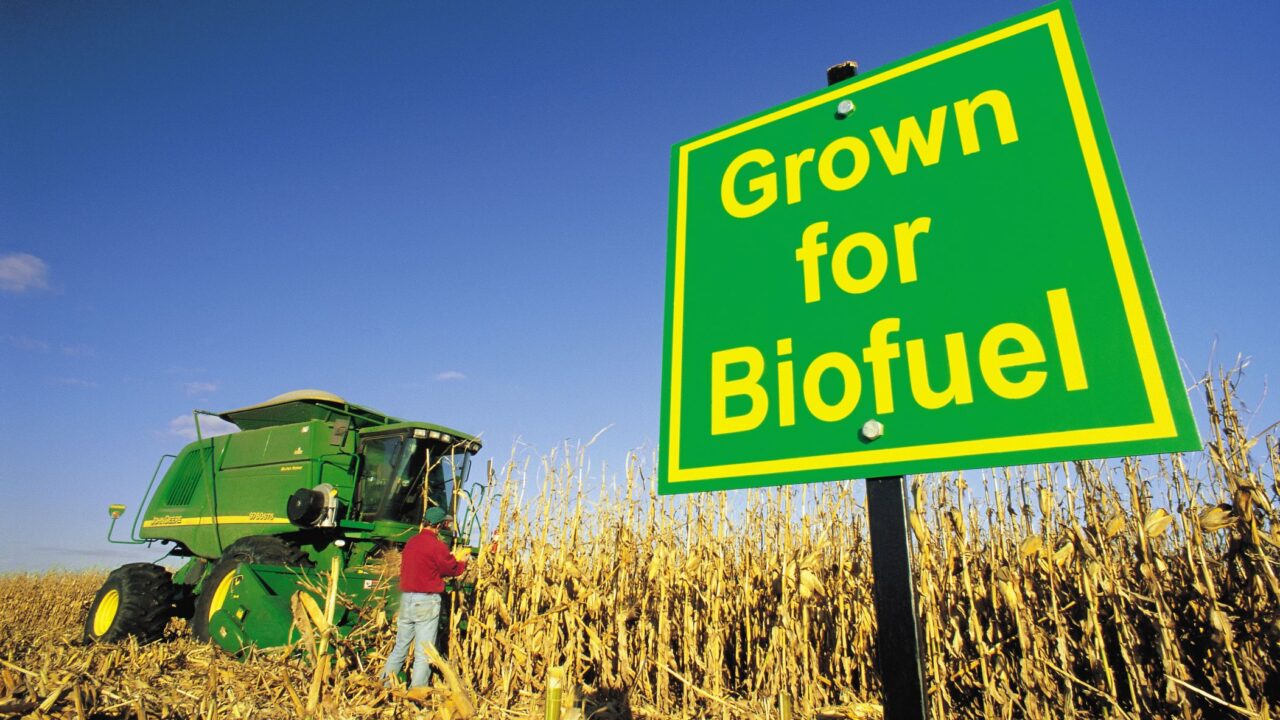 The recently published Biofuels Regulatory Framework is an important step in the attempt to develop a national biofuel industry, but it is far from sufficient to ensure the full benefits of biofuels while minimising the risks.

On 7 February 2020, the Department of Mineral Resources and Energy published the long-awaited South African Biofuels Regulatory Framework and National Biofuels Feedstock Protocol (BRF), meant to provide a policy and regulatory framework for the implementation of the Biofuels Industrial Strategy of 2007 (BIS). Together with the regulations regarding the Mandatory Blending of Biofuels with Petrol and Diesel of 2012, it aims to achieve the introduction of 4.5% of biofuels in the national liquid fuels mix, on a volume basis.

While the long-awaited regulatory framework for biofuels is a step in the right direction to introduce renewable resources at scale into the national transport fuel mix, after 14 years in the making, it still leaves a lot of uncertainty for this nascent sector and much room for unintended outcomes.

In its current form, the BRF does not provide the adequate regulatory setting for an industry that is able to deliver on these multiple objectives, as it offers little incentive, or safeguards, to ensure the potential benefits are maximised while the risks are minimised.

The Feedstock Protocol, a key component of the BRF which aims to mitigate the risk of the biofuels programme to food security and to biodiversity, explicitly excludes staple crops such as maize and alien crops such as jatropha as potential biofuel feedstocks. It also prioritises multi-purpose crops, rain-fed crops and crops grown on fallow land. While this is sensible, it is not sufficient to ensure biofuel production does not affect maize prices, as competition for land where maize could be grown remains. It is also not sufficient to ensure the preservation of biodiversity, as the conversion of virgin land for the production of biofuel feedstock with local crops can be just as damaging to biodiversity.

In addition, biofuels do not automatically lead to a reduction in GHG emissions. Indeed, in a number of cases they can cause even more emissions than the fossil fuels they aim to replace. This is the case where land holding high carbon stocks such as forests, or soils with a high concentration of carbon content is converted to agricultural land for the production of biofuel feedstock, or intensive agricultural management is required, which relies on fossil-based fertilisers and coal-based electricity to power irrigation pumps.

This is why it is critical for any biofuels manufacturers wishing to apply for government support to prove that their fuel does, in fact, reduce GHG emissions on a life-cycle basis. The BRF could very easily address this by adding a minimum GHG reduction threshold to the selection criteria for biofuel projects to support and simply place the burden of proof on the producer.

Prioritising rain-fed crops and crops grown on fallow land does partly address these problems, although the operationalisation of such “prioritisation” remains to be clarified, as is the exact definition of “fallow” land, which seems to have a multitude of interpretations.

Also potentially problematic is that the Feedstock Protocol restricts existing farms under production from entering the biofuel sector unless the biofuel feedstock production is part of a plant rotation regime that augments the financial viability of the farm. While this makes sense in most cases, if strictly adhered to it is bad news for the main bio-ethanol production feedstock, namely South Africa’s sugar cane, whose growers have been eagerly following the development of the national biofuel programme with the hope that it provides a crucial opportunity for diversification from the saturated sugar market.

It is also in direct conflict with the protocol’s stated goal of helping the sugar industry redirect loss-making sugar exports from world markets towards a domestic biofuel market. In this respect, the feedstock protocol seems to overlook that in the ailing sugar sector, a job retained is as valuable as a job created.

Indeed a strategy supporting the former would achieve the same socio-economic outcomes with greater environmental benefits, as opposed to incentivising conversion of virgin land for biofuel feedstock production, causing land-use change that can potentially negate any GHG savings achieved by the biofuel produced from such feedstock, thereby defying their environmental motivation.

Our own modelling shows that this is the case for most of the crops eligible for support under the protocol. Under the current classification of first and second-generation biofuels, non-food crops processed with first-generation technology that have been shown to deliver better GHG savings, even if land-use change takes place – while delivering the same socioeconomic outcomes – seem to have fallen through the cracks.

An example of this is the multi-product crop solaris, which is similar to soybean in that it is labour intensive and provides a high-quality animal feed alongside the vegetable oil that can be processed into biodiesel, or biojet fuel, but is better suited for the prevailing agro-ecological conditions in South Africa, which translate to higher yields and a better GHG balance. We hope that in its capacity of approver of biofuel feedstock supply plans, the Department of Agriculture, Land Reform and Rural Development will see the benefit of such crops and grant them the same treatment as the crops that are listed as first-generation crops, eligible for support under the Biofuels Farmers Support scheme, in line with the protocol’s stated favourable view of rain-fed and multi-product crops.

Indeed, if South Africa wanted to optimise land that is available for feedstock production in terms of job creation (and retention), and maximum energy yield per hectare, it should prioritise large-scale production of solaris and possibly miscanthus (pending a favourable outcome of a full invasiveness assessment), and diversion of existing sugar cane exports.

This is not to say that other crops don’t have a role to play, but their potential to deliver the double dividend of rural development and significant GHG reduction of biofuels on a national scale is more limited. And land use optimisation should be taken into account when approving biofuel feedstock production plans, because not all of the 3-million hectares the protocol mentions as fallow is suitable for the production of environmentally-beneficial biofuel feedstock.

Our own estimates indicate this number to be more in the region of 1.8-million ha, with only a third of this being very suitable, or suitable for the production of biofuel feedstock. The BRF should, therefore, consider greater incentives for cultivating biofuel feedstock on agro-ecologically less-suitable or even degraded land, which South Africa has an abundance of, and take a closer look at the potential of bio-remediation as a source of biofuel feedstock.

Finally, the BRF leaves much uncertainty for the sector.

No timeframe has been given for the amendment of the Mandatory Blending Regulations to mandate the regulated biofuel transfer price as the Basic Fuel Price, and to resolve all the operational aspects of blending biofuels with conventional petrol and diesel. The timeframe for adjudication of the Biofuel Feedstock Supply Plan is also noticeably missing.

The department must also still issue a determination of the blending infrastructure required, the acceptable capital costs that will be incurred by the blender as well as the operating costs of blending. Adequately capturing such costs across the multitude of market players will not be a simple task, hence a long period of uncertainty for blenders with regard to recoverable costs is likely, which will again limit sector development in the interim.

The Biofuels Farmers Support and the Biofuels Manufacturers Support schemes, as well as the selection criteria for the biofuels manufacturing projects that will be eligible for the subsidy must also still be elaborated in much more detail. Without those, it will remain difficult for most project developers to determine financial feasibility for their projects and the sector is likely to see a slow and uncertain start.

Biofuels are an extremely complex energy carrier, potentially offering significant benefits and opportunities, but also posing very real risks if not managed properly. Capturing all their intended and unintended effects in regulation, and then enforcing such regulation, is extremely difficult. This is why several other national and regional jurisdictions around the world have “outsourced” the management of the many sustainability risks linked to large-scale production of biofuels to independent sustainability standards, and only allow certified sustainable biofuels to qualify for policy support, or to count towards biofuel targets.

While the regulatory framework continues to evolve, we call upon the private sector to self-regulate through participation in voluntary sustainability schemes, many of which already have a presence in South Africa, with the Roundtable for Sustainable Biomaterials considered as best in class.

This is the simplest and most robust path towards achieving the BIS double dividend for the national biofuel sector. DM